In the early years of Equinox’s birth in New York City, one of its biggest competitors was Crunch Fitness. Crunch’s “No Judgement” advertising campaign was funny, irreverent, and odd, celebrating “the loser” in all of us. The campaign created an approachable image – whoever you are you’re welcome here, “No Judgment.” The campaign resonated with New Yorkers and in an unspoken timely manner was taking a stab at Equinox’s “Elitist” high-end reputation. Crunch was a true rival battling with Equinox for membership acquisitions around the city. The challenge was to create an advertising campaign for Equinox that would outplay their top competitor’s extremely humorous approach.

Research showed that Equinox’s gyms were perceived as far superior to their competitors in most ways but were found to be intimidating. And many people thought of them as somewhat elitist. To combat this negative perception, we created a campaign with a sense of humor, rivaling Crunch’s “No Judgements campaign, to make Equinox seem more approachable. With a massive citywide media blitz and punch back at Crunch, we conveyed one simple message about what truly matters about selecting a gym-“Getting Results.” And that’s what Equinox is all about. Research showed the campaign successfully shifted perception amongst New Yorkers. The “Get Results” campaign won multiple industry awards including an Addy, Andy, Clio, Awny and was select for the Lions shortlist at Canne. Equinox now has 135 locations within major cities across the United States, as well as in London, Toronto, and Vancouver.

Renowned Photographer Frank Herholdt shot the “Cement Shoes” “Get Results” ad early in the a.m. down at the shipping docks in Brooklyn, the classic mobster drop spot. We were throwing water on the poor lad before almost every take; kudos to him for hanging in there for hours to capture the perfect gasping drip moment. On a side note, I did the retouching and colorwork on this campaign myself using adobe photoshop. I wanted the give the campaign a distinctive poppy look. I swung the color drastically to create a hyper-realistic illustrative style for the final artwork.

We built the cabin interior on set in Milk Studios in New York paying close attention to video stills we pulled for reference from the original “Friday the 13th” movie. The Equinox heroine seemed to enjoy the photography session a bit too much, and we all felt terrible for the hogtied fellow; it was a long day.

The campaign’s third print ad featured a sumo wrestler who “Got Results” wearing a classic silk mawashi style belt; the more familiar “diaper-Esque” white cotton training mawashi belt we tried looked like crap; we also had people in the audience beyond the edge of the platform, which seemed to take away from the ad, so we ousted them in post.

Need Help Developing a Strategic Marketing Campaign to Compete with Your Rivals? 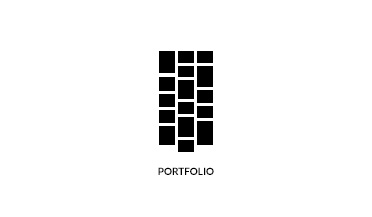